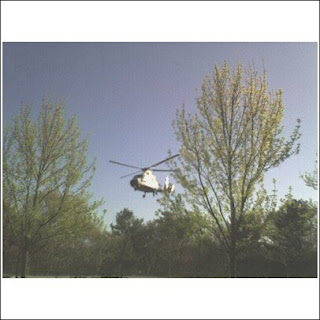 For a Saturday that didn't have too many plans, other than getting the house, animals and ourselves ready for the trip.... it turned out to be a day full of events.

The morning started with Ed rotortilling a garden for Teresa (where our horses live).. so, we went there, and while he and Teresa played in the dirt, I got to play with our horses. Everyone got a good grooming, stalls were mucked, and it was just fun to have some quiet time with them.

When we got home, we had planned on going over to Portsmouth.. I am in dire need of summer clothes, but a "fire call" changed that decision. Actually, it was a "medical call" as Life Flight had been called into York Hospital. This happens fairly often, and there is a whole routine that needs to be done when a helicopter is coming in.

First off, the landing pad is the parking lot, so all cars must be cleared. The fire department goes up to help with the organizing and to be on stand by ... just in case... it's a tight fit for the "copter".... 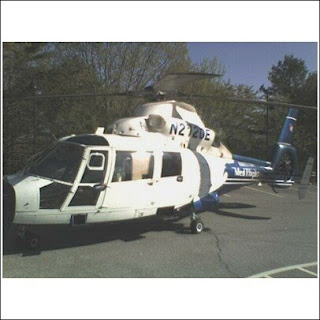 The fire department was already out on an accident call, so my Ed, being the Asst. Chief, was the "command" on this call. He has done this before, but it's still pretty exciting when this happens. This has been the biggest helicopter that Ed remembers seeing coming into the hospital. While the patient was being readied for the trip, Ed got a minute to chat with the pilot... turns out, that he lives in Portsmouth and flies out of Boston!!! He has been flying since the early seventies, and started out in the military. The pilot said that it was a pretty tight fight for this big copter, but Ed said he handled it like it was nothing at all.

I wished now I had gone up to see it, I can tell you, it certainly rattled the windows of the house when it came in and flew out again.

By the time, Ed got back, it was a little too late to run to Portsmouth, and besides, the "Flaggs" had called to see what the supper plans were going to be..... 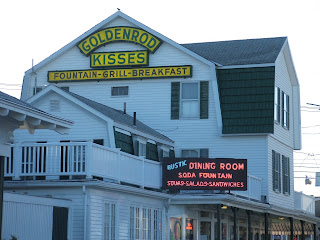 NOW.. the night before, Ed and I noticed that the "Goldenrod" had opened for the season!!! So, no doubt about it, we decided to go there for supper and the FIRST of the summer sundaes... the Flaggs brought us to "Memories" and we brought them to the "Goldenrod".

This business has survived for over 100 years... it has come thru winter storms with the ocean knocking on its doors... and it has the best "salt water" taffy ever known!!!! It has played a big part of our lives and we have many good stories about it.

For example, when the kids were little and I was "always worried about that sugar overload"... the rule was... you could have a frappe (milk shake for my friends who read from other places)... OR you could have a sundae after dinner. Well, one weekend I 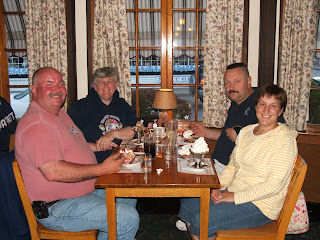 was away at a dog show, and Ed took the girls to the "G-rod" for supper... HE let them have both a frappe and a sundae..... needless to say, I never was able to live up to that... even to this very day (right girls???)

So, here are the "parentals"... enjoying our first Goldenrod trip of the summer, we did have sundaes, but no one had a frappe.....