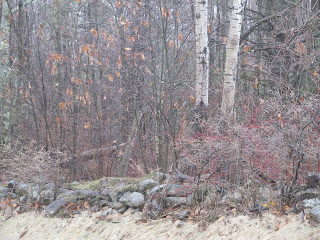 New Year's Eve day... a bit like any other Saturday, in that I had to work. But that was OK.. it was a quiet steady, the morning went quick, and I was out by noon --- my usual time. The only glitch was, it was raining, and with the ground being so cool... everything turned to ice once it hit. Pretty, but dangerous. My mail truck was 30 minutes late... thankfully the mail volume was "small" so we quickly caught up, so glad that didn't happen during the Christmas rush. 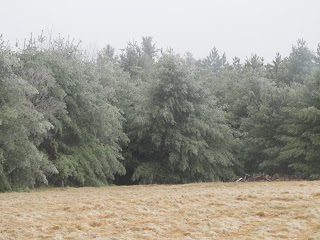 We had been invited to Lauren's for a bon fire later that evening, but I backed out. Worried that the roads would be not fun on the ride home. 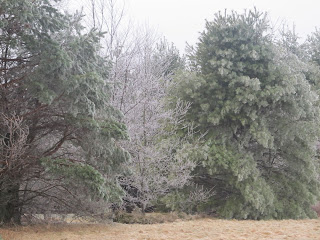 I felt sad to have done this, but we'll have to catch up with them on another day. 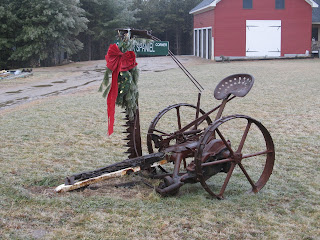 We did, last minute, decide to go to dinner with Kelli and Rick and catch a movie... so the evening wasn't without entertainment. And were home early... I'm not much of a party person ...and to me, New Year's feels more like the end of the holidays than the beginning...so, it was a good way to say goodbye to 2011......