This will be one of the FIRST projects 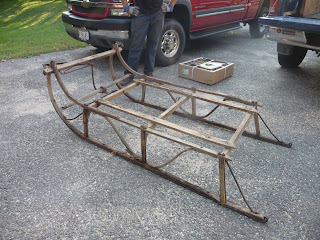 that will go into Ed's wood working shop, once he sets it up!!! Is this a sweet little sleigh or what.. I think it would look pretty grand behind a big black horse!!!

We actually have "owned" it for sometime now, it's been tucked away in the back shed at our "old" house, and Ed dug it out this weekend and brought it "home". This little sleigh belonged to his grandparents (they lived in Canada) and his Mom could remember hitching their horse and going to town in this little sleigh. 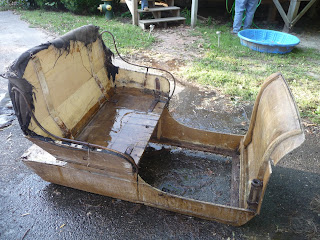 It's in pretty rough shape right now but it's a diamond in the rough. All the "bones" of it are good, and I think it will be a great restoration project. It's all "there".. including a holder for the whip, and some of the original pin stripping can still be seen!!! It has the original set of shafts, which will probably not be safe to use, but they are there... 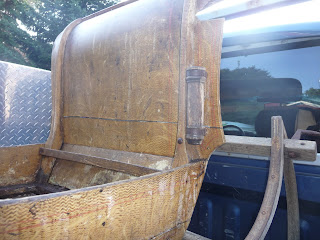 And the runner's look decent 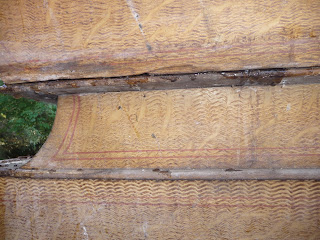 So maybe some winter day, we will pull it out and take it for a spin....definitely something to look forward to.... 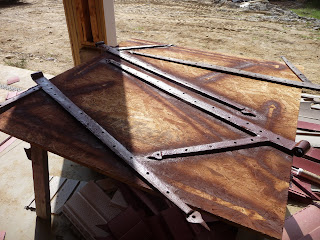 Our next "treasure" will be used much sooner. As you know, the design of the garage is to look like a barn attached to the house. So, we made the "false" front door and have been looking around for hinges that would go on the doors, appearing to make them look like they could open.

A friend of Ed's, Al, is quite the blacksmith, and we ran into him not too long ago and asked him if he might be able to forge us a set of hinges. 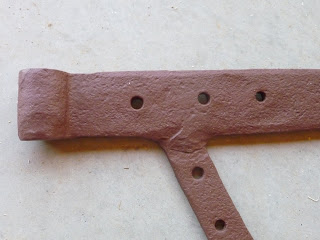 But, he had "one better" than that! He had a complete set of hinges that had come off an old barn. He thinks they were forged in the late 1700's and they were just sitting around his shop. He GAVE them to us to use on our "barn" door. 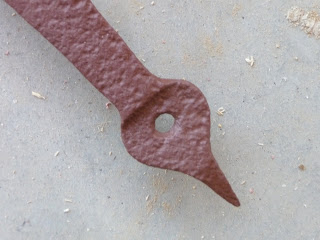 Ed cleaned them up and we'll put a coat of black paint on them to keep them protected, and then, they'll go into place. That might happen over the next couple of days, so stay tuned for an update!!!
big doings on the farm 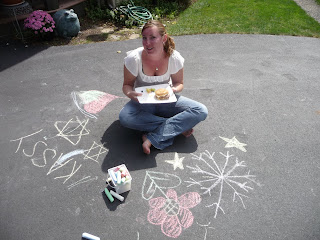 On "day 3" of Labor Day weekend there was "no labor" at the house. Ed, Nate and John had done so much with the sheet rock, and Ed has been siding the whole week before, that he decided it was time to "take some time"... good for him!! So, instead we went down to my parents house for a fun cookout and a day just to catch our breaths. I actually had woken up with a sore throat and the start of a cold, so, I was just as happy to lay low myself. 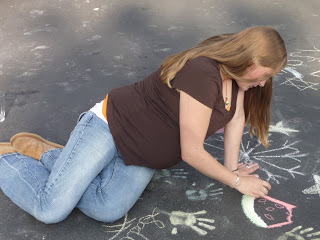 Along with good food, good friends and conversations, we were entertained with great art work on the driveway.

How many pregnant ladies can sit on the ground just weeks before delivery... Sadie has done such a good job taking care of herself, "baby Abbie" will certainly have a good start in life!!! 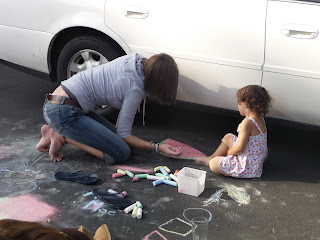 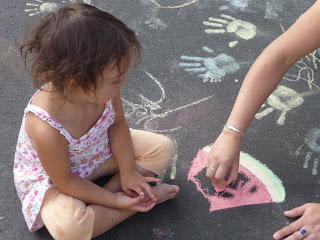 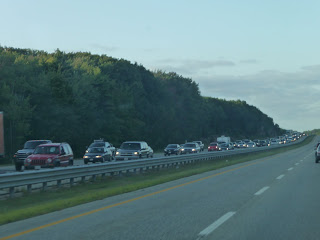 We were glad to be traveling "north" instead of "south".. we Mainers know that on Labor weekend, you stay OFF the turnpike !!!! There certainly were plenty of folks visiting the grand state over the weekend....
And now onto the fall season which is already looking as busy as the summer ever was..... 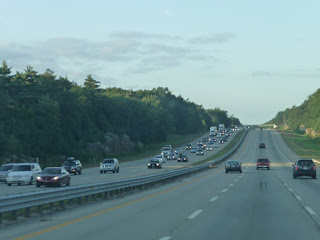